Sakamoto Hanjiro: Commemorating the 50th Anniversary of His Death 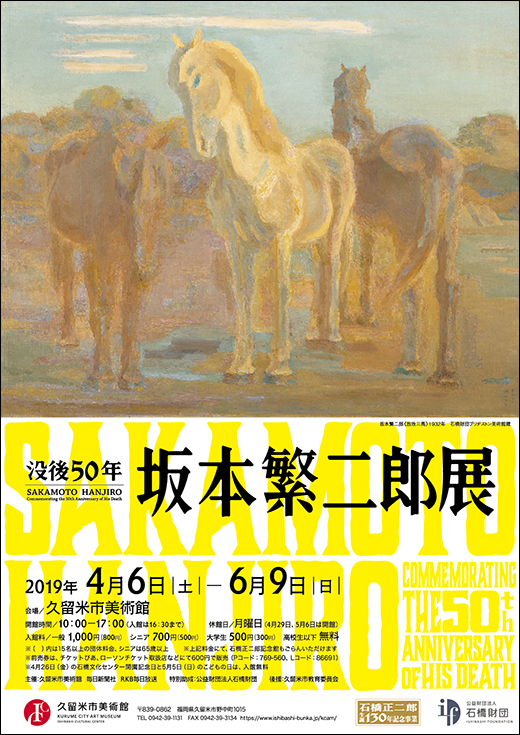 Sakamoto Hanjiro (1882-1969) was born in Kurume, Fukuoka. After returning from studying in Europe, he chose to work in Yame, another town close to Kurume, and ended his life there. The theme of his pictures underwent gradual change, from cows until his studies in Europe, via horses after returning to Japan, still lifes, particularly noh masks, after the war, to the moon in his final years. In this exhibition, which marks fifty years since his death, with focus especially on the still lifes he continued to depict throughout his lifetime, the process of the maturity of his paintings together with the progress of his life will be revealed. Sakamoto’s relationship with Aoki Shigeru (1882-1911), a close friend and rival from the same town, will also be introduced.