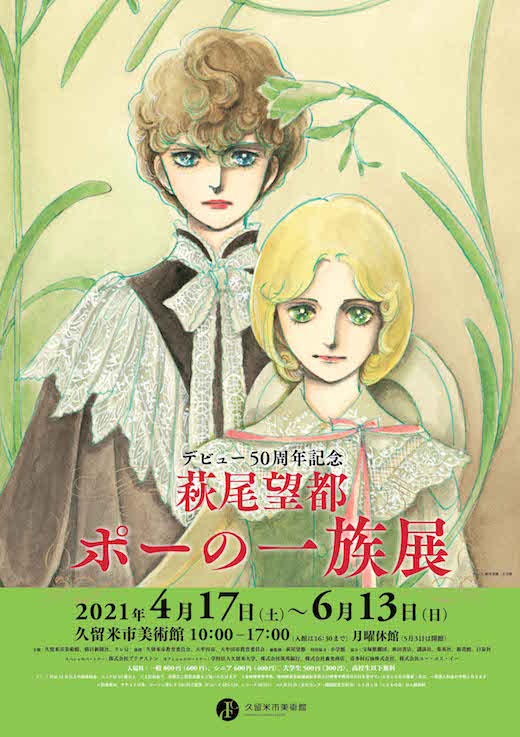 Hagio Moto was born in Omuta-shi, Fukuoka in 1949. She has led the Japanese manga world ever since her debut in 1969. This exhibition traces her fifty-year-long career with main focus on her most important work The Poe Clan, which was released in ～1972-76, and a new Poe Clan series resumed after a lapse of forty years. It also includes The Heart of Thomas and numerous other masterpieces. Features exclusive to this occasion include new pictures drawn specially for this exhibition, behind-the-scenes stories of how Hagio creates her manga, and a reproduction of a dreamlike stage set from the performance of The Poe Clan given by the Flower Troupe of the Takarazuka Revue.