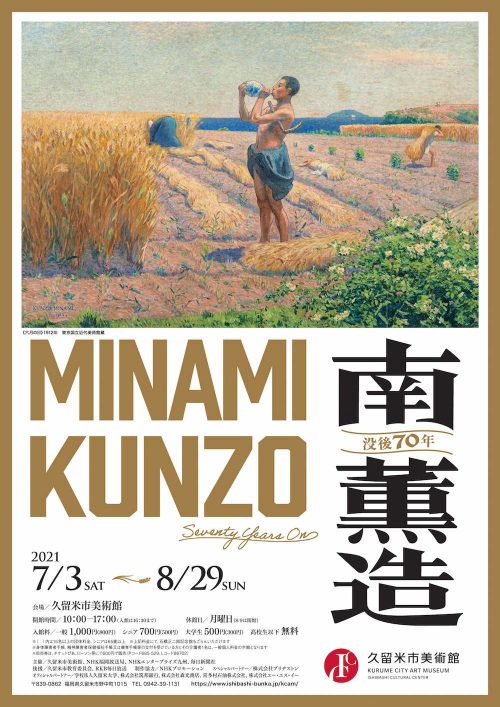 Minami Kunzo (1883-1950) was active as a key figure in the Japanese Western-style painting circles from the end of the Meiji period to the Showa period. After graduating from Tokyo Fine Arts School, he went to study in the UK, where he became interested in crisp watercolors. Upon his return to Japan, Minami presented one after another oil painting in bright colors capturing the sunlight and unconstrained brushstrokes. In his later years, he painted views of the Inland Sea at his hometown Yasuura-cho, Kure-shi, Hiroshima. This is the first time the overall aspect of Minami’s artistic achievements, including the representative works which remain to this day and watercolors he did while studying in the UK, is to be shown in Kyushu.