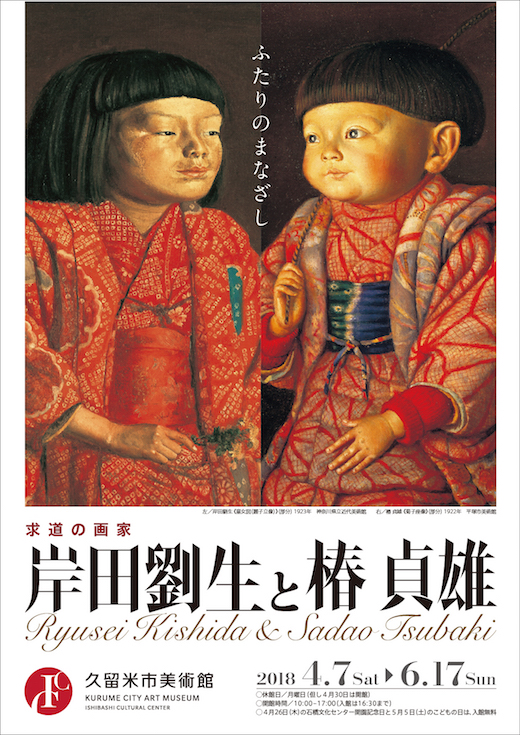 Kishida Ryusei (1891-1929) was born in Ginza, Tokyo. While stimulated by Vincent van Gogh and other Post Impressionist artists, in due course, he created uniquely realistic works pursuing “inner beauty” such as those portraying his daughter Reiko. Tsubaki Sadao (1896-1957) was an artist who, throughout his lifetime, held Ryusei in high esteem. Born in Yonezawa, Yamagata, he was one of those that were strongly influenced by Ryusei. After Ryusei’s death, he restudied Japanese aesthetics and intently pursued his own painting. In this exhibition, by introducing these two artists’ achievements together, we hope each one’s individuality struggling within the atmosphere of the time, which might be described the youth of modern Japanese art, will come to light in context.