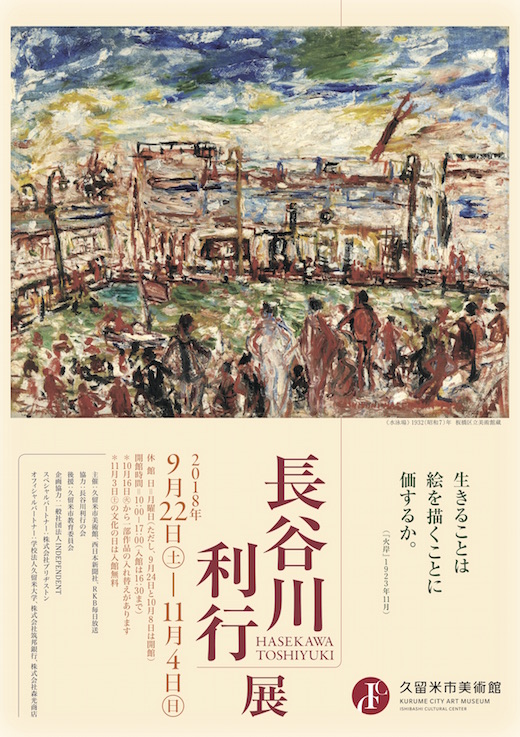 On account of his uninhibited brushwork and the dramatic life he led, Hasekawa Toshiyuki (1891-1940) is sometimes referred to as “Japan’s van Gogh.” Born in Kyoto, at around thirty years of age, he moved to Tokyo aspiring to become a painter. Winning the Chogyu Prize at the Nikaten in 1936, his talent as an artist came into bloom all at once. However, due to his innate tendency to wander, his life gradually came to a rupture. Having collapsed on the street, he was taken to a poorhouse and passed away without anyone at his deathbed.

Hasekawa Toshiyuki was an overly artist-like artist who lived to paint and painted to live. It is eighteen years since the last major retrospective of his works took place. A full view of this artist is presented through approximately 140 representative examples including newly discovered works.