Morris & Co. and The Art of Wallpaper from The Sanderson Archive 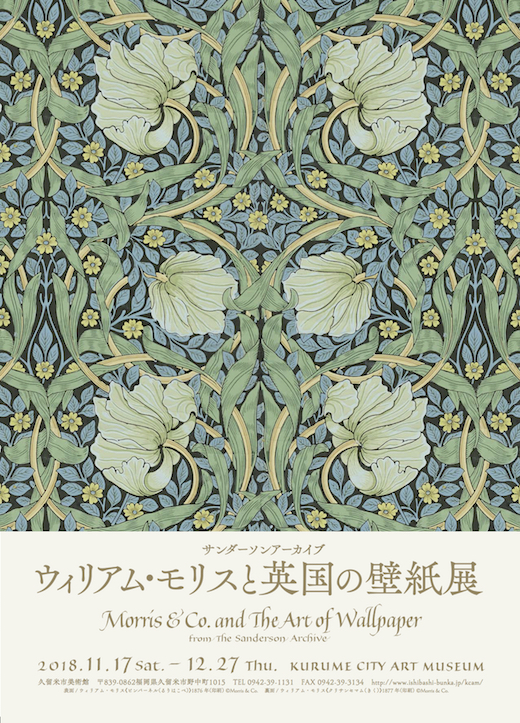 Through wallpapers designed by William Morris (1834-1896), a British craftsman and pioneer of modern design, this exhibition traces the changes in wallpaper design, which flourished in Britain in the nineteenth century. In addition to the Morris-designed wallpapers, there are works predating those by Morris, woodblocks dating from Victorian times, and “kin-karakami,” Japanese wallpaper produced for export, which Morris was influenced by. It is the first time altogether 130 or so works owned by Sanderson, a leading British wallpaper company, are being shown collectively. The history from the founding of “Morris & Co.” to the “Arts and Crafts Movement” which followed, japonism in Britain, and a reconstruction of an interior of the time will convey the charms of the designs by Morris, who advocated “a beautiful life.”