The 120th Anniversary of the Birth of Seiji Togo. A Retrospective of Togo’s Depiction of Women. 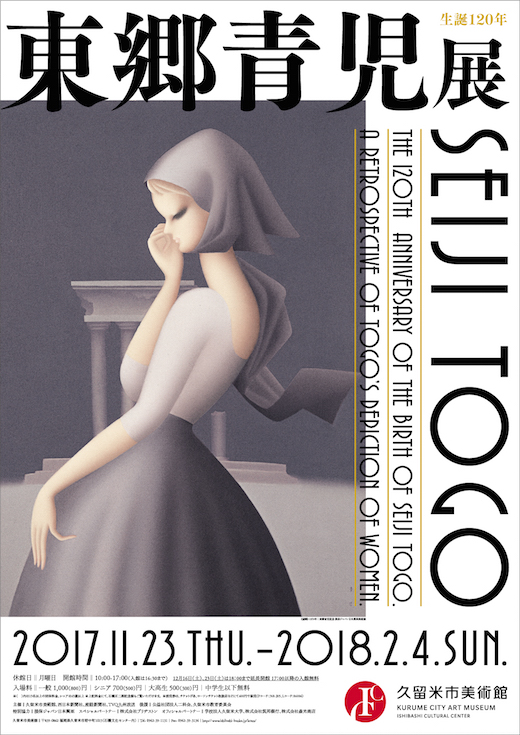 Seiji Togo (1897-1987) was from Kagoshima and based his artistic activities at the Nika Association. This exhibition focuses on his activities from the 1920s to the 1950s with emphasis on works and reference materials from the 1930s, which hitherto have not received so much attention.

At a time when the Japanese society was undergoing significant fluctuation, Togo experienced working on bookbinding, stage design, and murals for department stores and refined his representation of elegant and subtle female figures. Here, we shall take a look at both the above-mentioned projects and the paintings he submitted to exhibitions and while examining how they influenced one another, we shall trace the process from his early avant-garde style to the style that proved so popular after the war.