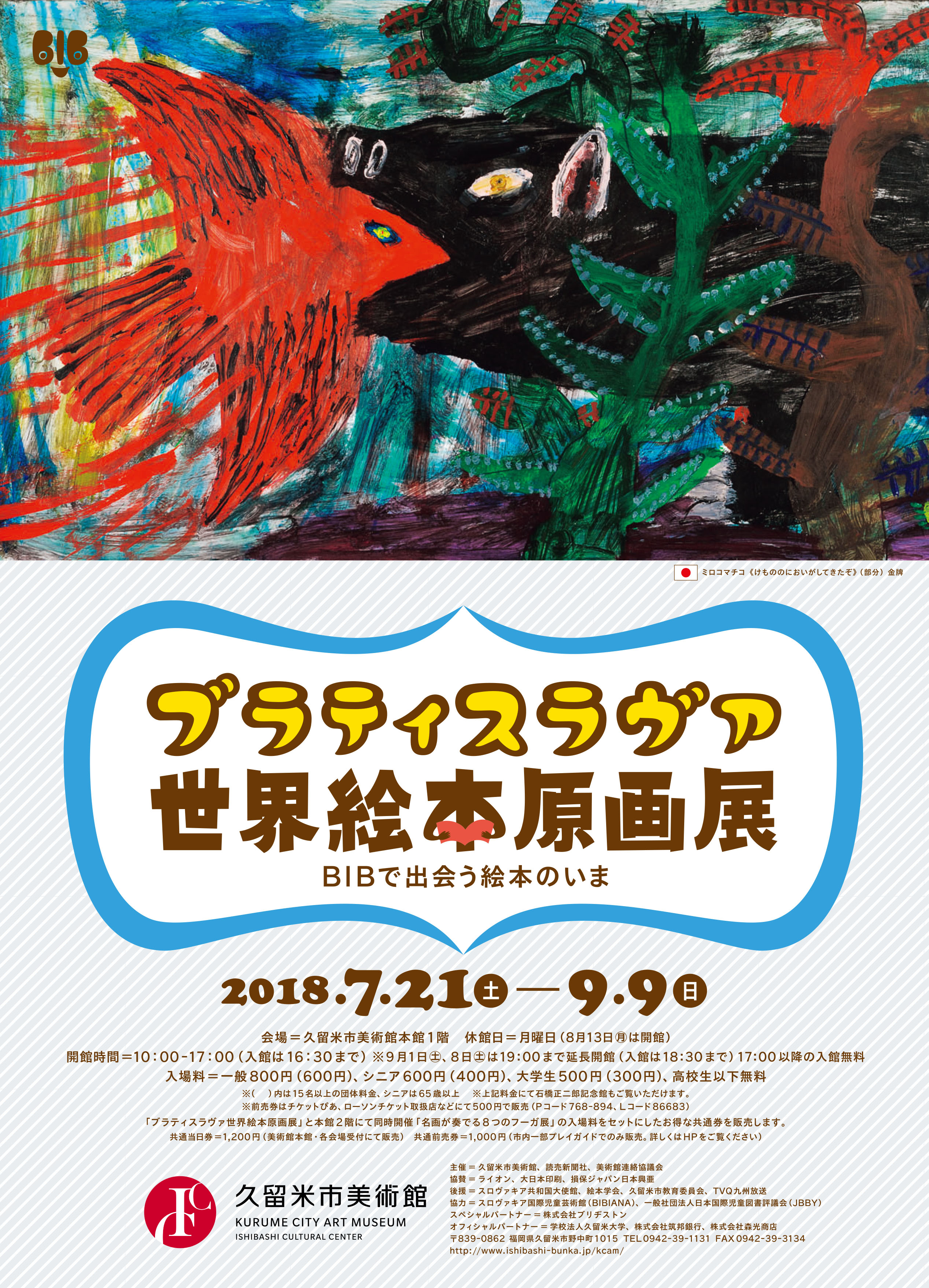 The Biennial of Illustration Bratislava (BIB) is one of the world’s largest competitions of picture book illustrations held biennially in Bratislava, the capital of the Slovak Republic. It is known as an exhibition where highly artistic works and unique, experimental works are brought together. Many Japanese illustrators have been awarded in the past, including Dandelion by Arai Maki and Beasts Smelling by mirocomachiko at The 26th BIB held in 2017. This exhibition could be considered a Japanese version of The 26th BIB held in Bratislava, in which Japanese nominees, prizewinners, and other notable works will be introduced.